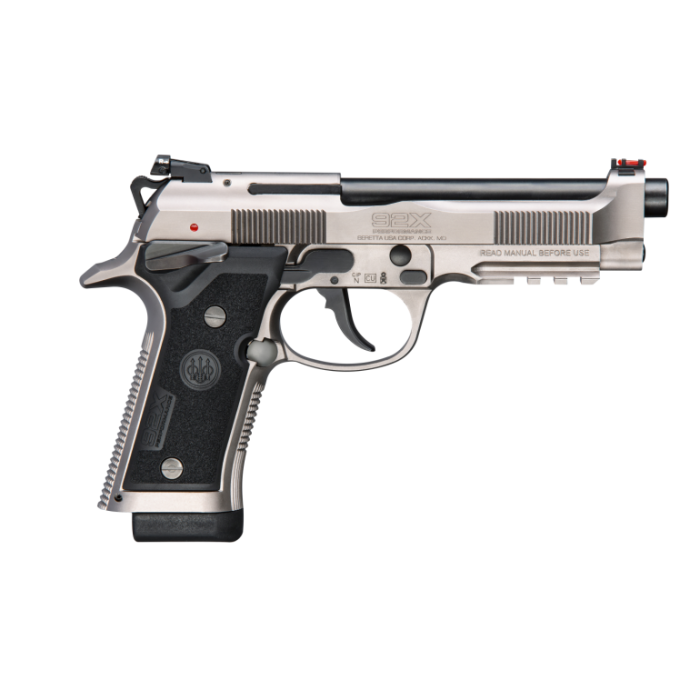 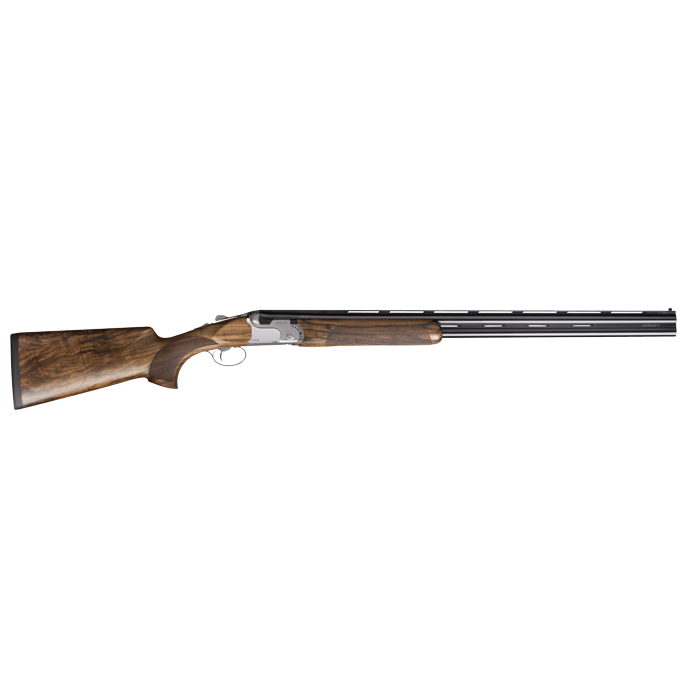 In 1985, the famous M9 became the sidearm of the US military and police forces. Since then, the Beretta 90 semi-automatic pistol platform has become the most trusted ally of military and police forces around the world, going down in history as the most reliable, accurate and easy-to-use pistol on the market with over 4 million units sold worldwide.

The Beretta 90 series of pistols is the result of decades of technological development and improvements dating back to the beginning of the 20th century. More than one hundred years of experience and research have perfected the first open slide design of the1915 Model, as well as all other versions up to the modern pistols currently on the market. Ergonomic design and innovative features combined with reliable mechanisms are the cornerstones of this pistol, which remains a timeless iconic gun but continues to improve and evolve thanks to new technical solutions. TESTED ON THE BATTLEFIELD

For over forty years, the 90 series has set the standard for the best military, police and tactical pistols. Having been so widely adopted in the marketplace has allowed the 90 to keep up with the needs of the most modern military corps and shooters, while continuing to offer the unparalleled performance for which this pistol series has become renowned. Each model is the result of the experience of military and civilian professionals who use, test and develop new solutions and products with Beretta every day to face the tactical challenges of today and tomorrow.

92 Series Pistols are double/single-action semiauto pistols that employ an open-slide, short-recoil delayed locking-block system, which yields a faster cycle time and delivers exceptional accuracy and reliability. In particular, the open-slide design practically eliminates “stove-piping” and helps flawless cycling and feeding even after thousands and thousands of rounds. Upon firing, the pressure produced by the combustion gases causes the slide-barrel assembly to retract. After a short stroke of the assembly, the locking block pivots and disengages the barrel from the bolt.

The barrel stops against the frame while the bolt, proceeding in its backwards movement, extracts the shell, cocks the hammer and compresses the recoil spring. As a result, the bolt, pushed by the extended recoil spring, advances, removes a new bullet from the magazine, introduces it into the barrel and determines the closure of the slide-barrel assembly. The slide remains open after the last shot is fired and the shell is ejected. Extended controls and magazine release for total speed and confidence. The type-F safety is interchangeable with the type-G version (conversion kit sold separately). Threaded barrel, MIL-STD-1913 Picatinny rail and optic-ready in the M9A4 version. The 15-round magazine is sand-resistant. Solid and durable, it provides unparalleled stability and control.

The slide-barrel assembly moves back thanks to the pressure produced by the combustion gases.

Safety on both sides and additional passive safety are just some of the solutions adopted to make the 92 the preferred sidearm of many shooters in the military and civilian world. Available through the Beretta Galleries and select Beretta Dealers. 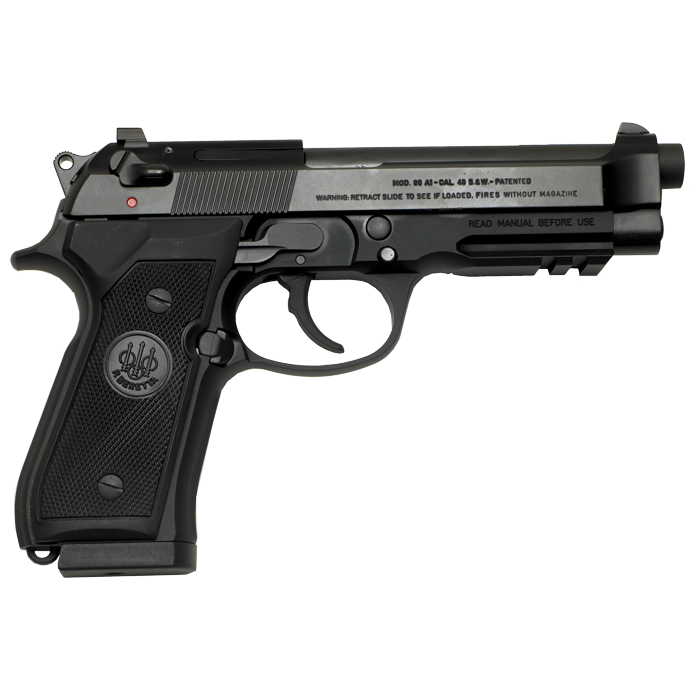 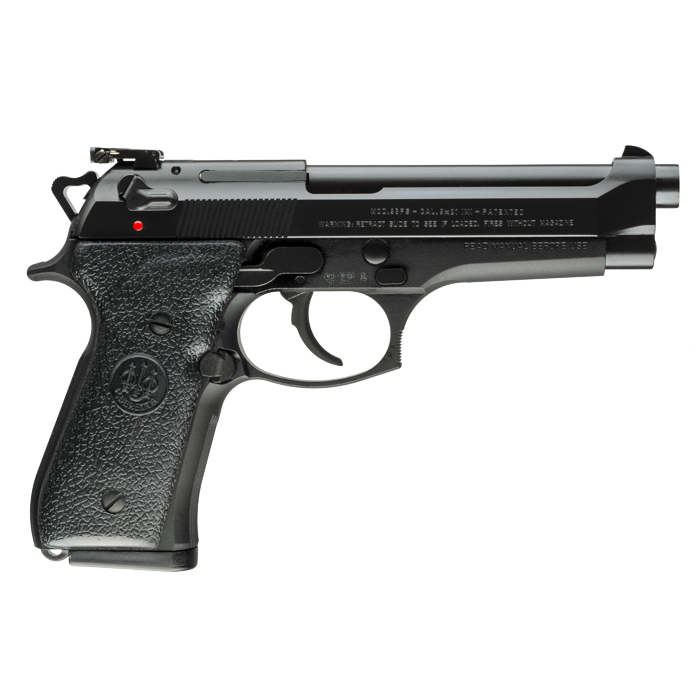 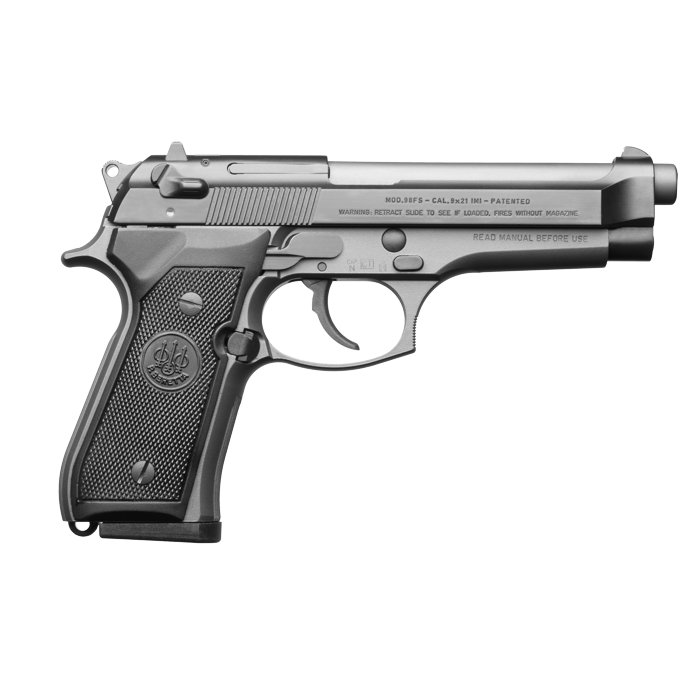