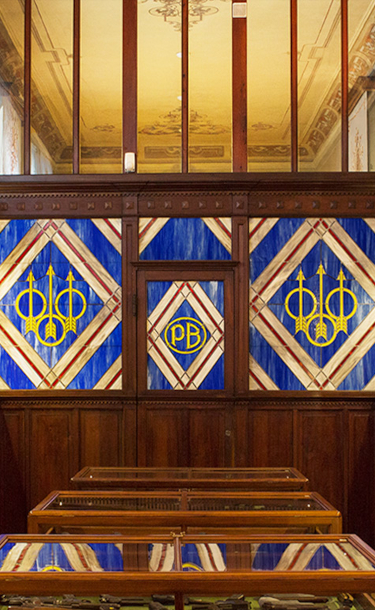 The oldest industrial dynasty in the world: fifteen generations of captains who have been able to foster innovation and create a business model that has been ahead of its time. This is Beretta. 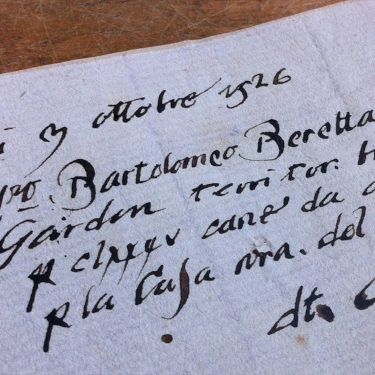 It all begins in 1526. It is October 3 when Mastro Bartolomeo Beretta from Gardone (1490 - 1565/68), sells 185 harquebus barrels to the Venice Arsenal, receiving payment of 296 ducats. Beretta's official commencement is inscribed in a small piece of paper - we shall call it an invoice - discovered and preserved in the state archives of the Venetian capital. Nonetheless, the fact that Bartolomeo had already acquired the title of Mastro and that his products were chosen by the Venetian republic, suggests with a good deal of certainty that Beretta had been active for at least two generations earlier.

Thus, originates a family production history that continues uninterrupted to the present day. Secrets and attention to detail were handed down from father to son, through generations. From Bartolomeo to Jacopo, from Jacopo to his son Giovannino (1550-post 1577) and grandson Giovan Antonio (1577-post 1649), and so on, century after century. In the early 1800s, Pietro Antonio Beretta (1791-1853), despite the many difficulties due to foreign domination, traveled extensively around Italy with the aim of showcasing the excellence of his products and collecting new orders. He perfected the art of making barrels for smooth-bore shotguns and pistols and he registered the official name of the company as the Fabbrica d’Armi Pietro Beretta. His son Giuseppe (1840-1903) continued his father's tireless work and succeeded in creating new international trade relations for the company in an increasingly lively and international market by enhancing exports and distribution of some of the best foreign products in Italy. It was Giuseppe Antonio himself who later decided to focus on the production of premium quality firearms, as well as to renew the machinery and acquire new technical skills. He was also responsible for the construction of the new headquarters, which is still home to the headquarters of the whole Beretta Group. 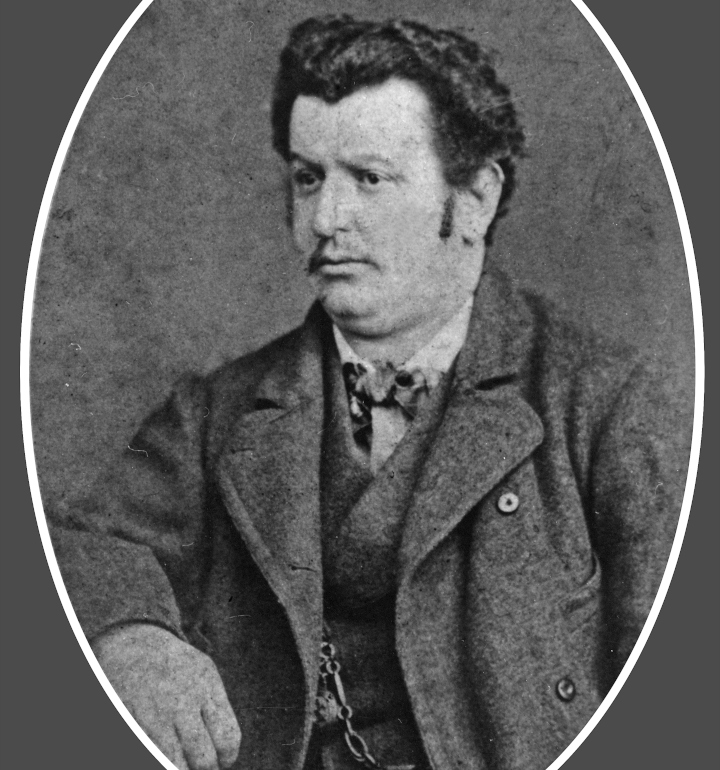 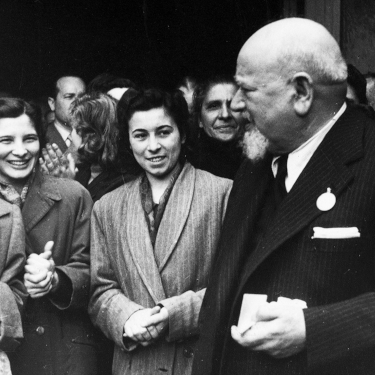 "The beginning of the twentieth century is a moment of crucial importance in the Company's history. It was in these years that Pietro Beretta (1870-1957) marked the turning point and entered the sphere of modernity: Fabbrica d'Armi, which at the time had 130 employees, changed its face thanks to the introduction of the most modern production techniques; Thus, numerous mechanisms, devices, mechanisms and construction technologies are patented, making Beretta not only the most important arms factory but also one of the most modern and efficient companies in the world. The number of workers employed touches 1,500. Intelligent, intuitive and charismatic, Pietro introduced the most modern machining systems and created innovative products, such as the first semi-automatic pistol, the 9 mm Glisenti Model 1915 adopted by the Royal Army, one of the very first machine guns, the Model 1918 dubbed the “Automatic Musket” and later the famous Model 1938 “MAB” (Beretta Automatic Musket), adopted by the Italian Army.  In 1923, Italian poet Gabriele D'Annunzio conceived the motto ""Dare in Brocca,"" (Hit your target) depicted in the stone symbol that consists of three arrows hitting as many circles. Inspired by the world of naval combat, the logo was created by sculptor Marussig on the column placed in the center of the driveway but it also reproduced on one of his cars, on the plane Flight over Vienna and on the stained glass windows of Schifamondo. Since December 20, 1949, it has been Beretta's official logo. In 1933, the SO series design was completed, the first Italian over-and-under shotgun, for hunting and target shooting, which soon became the world benchmark for luxury shotguns made entirely by hand. Sons Giuseppe (1906-1993) and Carlo (1908-1984) continued their father's modernization work by developing the multinational character through the conquest of new markets and the founding of business and manufacturing operations in other countries, including America. And the markets immediately reward this bold vision. This is the period of creation of products such as the BM59, immediately adopted by the Italian Army as an assault rifle and the PM12 submachine

gun. Impossible not to mention the creation in the mid-1950s of what for more than two decades were the benchmark shotguns of every hunter: the Beretta S55 and the semiautomatic A300. In 1975, Beretta produced the 9 mm parabellum semiautomatic pistol Model 92, one of the most successful firearms in history, today reaching almost 4,000,000 units produced and supplied to numerous Armed and Police Forces of the world." 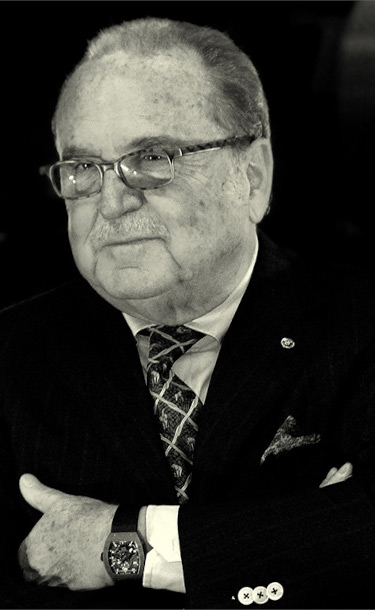 We come to the present day. The management of the company by Cavalier Ugo Gussalli Beretta, the fourteenth generation, further amplifies the expansion that began in the early twentieth century. A drive that precedes the successes of recent years: his decision to open an office in the United States, the main market in the arms sector. A pioneering choice that led to the selection of the 92FS pistol in 1985 as the official sidearm of all U.S. Armed Forces: the birth of a legend that, even today, has no end. Not only that: from the need to create an ecosystem of products alongside the gun with a view to diversification, a line for technical and leisure clothing&accessories is born. In 1995 Beretta also decided to open a "direct-to-consumer" channel: the first flagship store was opened on Madison Avenue in New York. This was followed by "Beretta Galleries": in more recent times 9 more stores have opened in Dallas, Memphis, Buenos Aires, Paris, London (in Mayfair and inside Harrods), Moscow, and Milan.

The leadership position, in recent years, has been consolidated and amplified by his son Franco Gussalli Beretta: the managment approach increasingly devoted to new technologies, the continuous investments in innovation in order to offer superior-quality products, and the contaminations with the world of art and luxury, mean that Beretta has become a 4.0 business model that everyone looks to. But the secret ingredient remains the uncompromising quality production taught by Bartolomeo five centuries ago. This will be the North Star that will guide also the 16th generation and those to come. 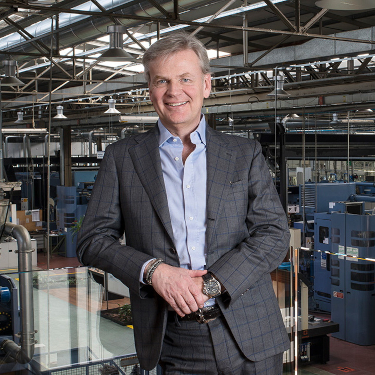 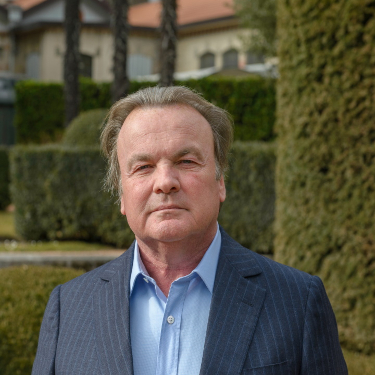 Fabbrica d'Armi Pietro Beretta is part of Beretta Holding headed by Pietro Gussalli Beretta, Franco's brother. The parent company was created in 1996 to manage the development and strategic coordination of the world's oldest industrial dynasty. Thanks to its commitment and international vision, the Group now boasts 1.5 billion euros in sales and more than 6,000 employees after the acquisition (August 2022) of the European giant Ruag Ammotec, leader company in the production and distribution of small arms. Also Steiner, Sako-Tikka, Burris, Benelli, Franchi, Uberti, Stoeger, Chapuis, Holland&Holland, and Centanex are part of the Group.